I consider myself an electronic troubadour. I play acoustic guitar but I also use sound design together with electronic textures and composing tools. I write story songs but I love pop melodies and radio hits.” 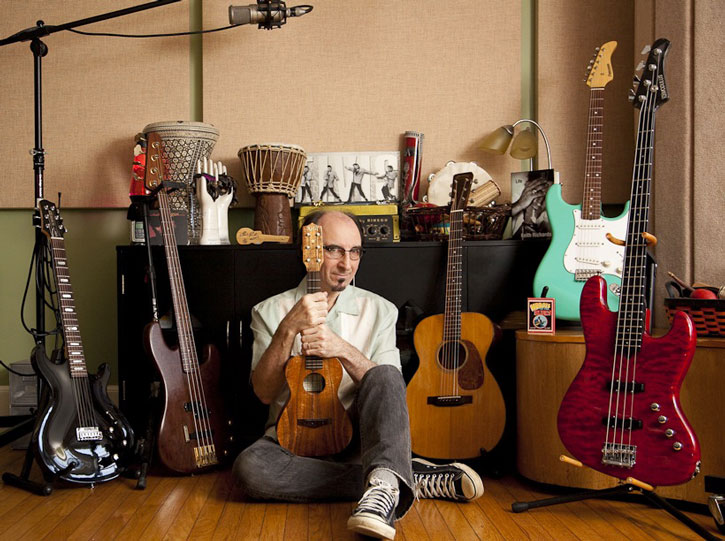 A musician since childhood whose first band Revival was signed to Buddha Records fresh out of high school, Paul made his first serious foray into songwriting with the band Little Criminals. Their sound was an amalgam of Paul’s hook-laden pop-rock and keyboard player David Lulow’s bluesy jazz-inflected funk. Their tours won them loyal fans throughout the North- and Southeast even as they remained a great live act with no label.

After years of work as a sideman with such renowned folk artists as Tom Chapin and Tom Rush, a new creative focus was added as Paul began writing music for commercials and corporate events. Creating everything from quirky sound designs to large-scale symphonic pieces he won several awards and became a go-to name in the industry. His pop and rock sensibility served him well as he delivered “industrials” that sounded like hit pop songs. And his range broadened as he worked to satisfy clients’ needs for a variety of musical styles.

Ironically it was a colleague in corporate events, writer Mike Greenly, who pulled Paul back into pop songwriting by asking him to collaborate. The two have now been writing together for nearly a decade.

Paul continues to write and release songs on his own and with a variety of co-writers while remaining active as a producer of acoustic music artists, a respected composer-producer for special events, and bassist-vocalist in the Bacon Brothers band (featuring actor-musician Kevin Bacon and composer-songwriter Michael Bacon).