I just finished a inspiring book called Joni: The Creative Odyssey of Joni Mitchell by Katherine Monk. Creative people by their very nature tend to be risk takers. Wild Idea is a song about the fear of taking risks. I’m not in any way putting myself in her category but like Joni I along with many friends and colleagues are living at the intersection of the art and commerce in the music industry. Talk about risk! I collaborated with two of these risk-taking colleagues in the creation of this track. Allow me to explain.

I describe myself as an “electronic troubadour.” I like the alliteration of the phrase.

Today, for better or worse it’s a brave new world. The so called digital disruption of the music business has had many drawbacks and certain benefits. For instance like most contemporary musicians and songwriters I have a home studio and collaborate with other artists who have home studios. I have amazing digital tools to help me create. Better still, I can electronically distribute my music around the world and reach an audience that I could never have reached just ten years ago. I can even do a live concert from my living room to a few thousand Twitter followers and Facebook friends.

Which brings me to Wild Idea. I have always been fond of merging acoustic and electronic instruments. (See Chasing The Moon by yours truly.) Recently on radio and amazingly, even on country music radio I began to hear ever more compelling examples of DJ mash-ups and dance mix elements. Music fans and radio programmers were becoming more open to radical ideas. For example, Swedish DJ Avicii had a huge hit with a country/electronic song called Hey Brother featuring bluegrass musician and singer Dan Tyminski.

One day I sat down in my studio and began to work on a new song based on an acoustic guitar riff that was going around in my head.

Of the riff I literally thought: “This is a wild idea” so I built a swingin’ drum loop…

In this case music drove the words as they just spilled out to the rhythm. Not a bad start I thought, but where do I go from here? I had never produced a track like this and needed some advice. Plus, a shot of creative input couldn’t hurt. I knew just the guy. 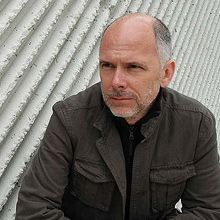 Robert Bond is a really smart and sophisticated musician who made a name for himself in electronic music circles working with Japanese pop star Hitoe, the electronica group 3kStatic, singer and Peter Gabriel alum Joy Askew, DC Talk and vocalist Kevin Max. Plus, he had his own EM collaborations: The Project and Textures. Most importantly he has an eclectic background having worked in country, pop, rock, theater and jazz. Clearly, he’s open-minded and doesn’t shy away from anything! We became colleagues when he lived and worked in NYC in the 1980’s and have stayed in touch over the years. A true globe trotting musician, he currently makes his home in Warsaw, Poland and (where else?) Nashville, Tennessee. These days all roads seem to lead to Nash-Vegas!

I sent him a rough track with me singing the unfinished lyrics and asked him to consider collaborating long distance. Soon enough, my Dropbox popped open with some fresh tracks. He had written a distinctive musical bridge (something I would NEVER have thought of by the way) and modified my bass line to lay over the drum loop. Yay!

While working long distance is convenient there’s nothing like the energy of being in a room with someone working face to face. So I went to Nashville and met Robert at his home studio where we plotted the arc of the song, finished the lyrics together and I sang a rough lead vocal.

We had the elements but now I had to piece together the puzzle. I wanted hear some fun counterpoint to the relentless “four on the floor” of dance music and decided to add Latin percussion, specifically bongos. Bongos! Yes! I crafted several loops from a terrific program called Stylus and they became an important element in the track. The bongos danced over the beat with such exuberance that when my mastering engineer Butch Jones heard them he jumped up from his chair and said: “Bro we gotta to do a dub mix on this!” Nuff said. I sent Butch separated tracks of drums, percussion, bass, synths, guitars and vocals and he dug in at the studio of Matty Amendola’s 825 Records in Brooklyn, NY. 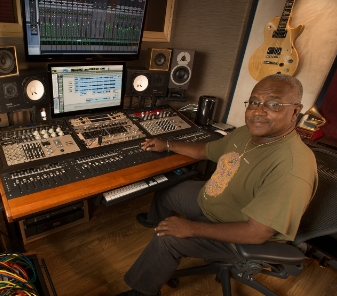 Butch has been an invaluable collaborator and colleague for years. I trust his ears and his instincts and I work with him whenever I can. His unassuming personality belies a serious Grammy Award-winning résumé: Talking Heads, Iggy Pop, Madonna, The B 52’s, D’Angelo, Gerald Lavert and countless others. Maybe it was his work with Kid Creole and The Coconuts that drew him to Wild Idea… those bongos really spoke to him. Here’s a ninety second taste. (Mix by B. Jones).

We’ll be releasing the full-length 6:00 mix as a bonus track on the CD of 3 – In 1.2 and it will be available as a single on line everywhere in the the known universe very soon. You can hear a minute of the original song Here.

Funny, but I didn’t realize how personal the lyrics were when we wrote the song, it only became apparent to me when I began writing this blog. Thanks to Robert and Butch for taking some creative risks and coming along for the wild ride.